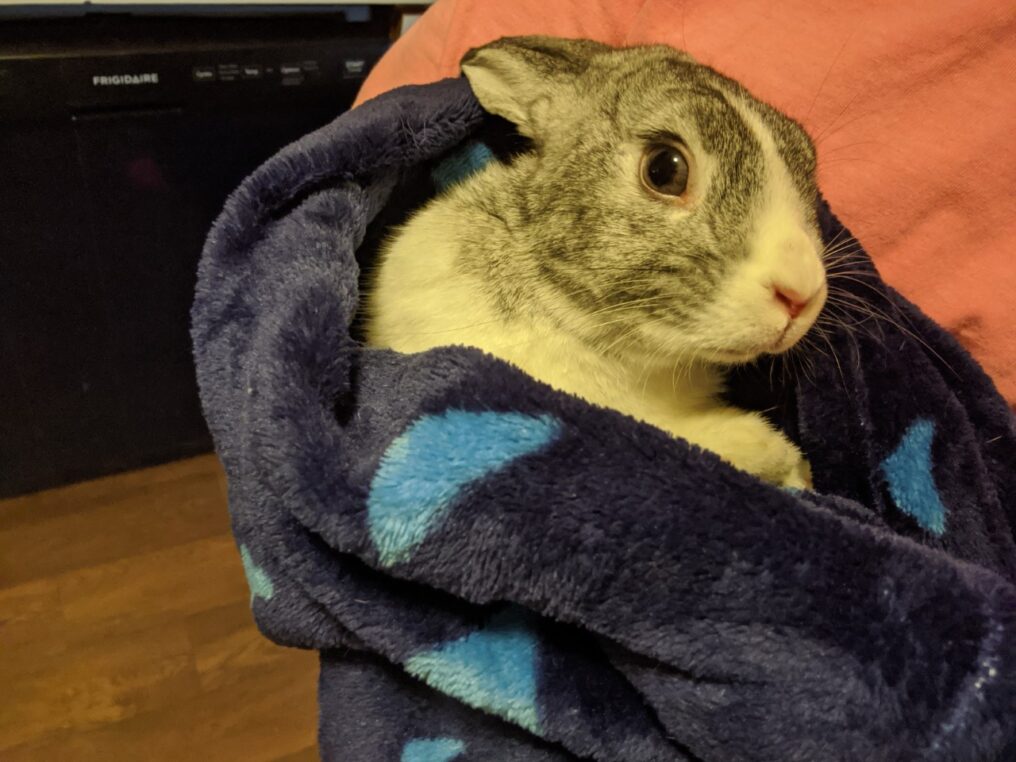 Anthony and Cassidy adopted Sven (formerly Swisher) and he has settled in nicely to his home. Here is what Cassidy had to say: 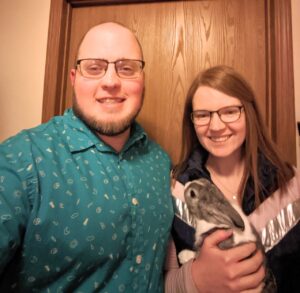 “We adopted our bunny, Sven (previously known as Swisher), around two years ago. It seems crazy to think that it’s been that long already! He is a little stinker, but we love how much he has further developed his personality and that he has grown fond of interacting with us. Although it definitely took a while to get to where we are today, the patience that we showed him seems to have paid off big time.

Though he still isn’t a huge fan of being held, he has come to love getting attention. He loves treats, sunflower seeds (in his food mix), and to gnaw on things. He’s got tons of room to run around, which is good because at approximately the same time each day, he starts sprinting around and jumping like he has been saving up his energy all day specifically for that purpose. I suppose it makes sense since he sleeps under the same chair for a couple of hours every day. He claimed that specific chair very early on, so (even though we no longer need the dining room table) we kept the chairs. We love him, and all his adorable little quirks.”

Sometimes it takes a little time and patience for pets to come out of their shells and show their true personalities. We’re very grateful that Anthony and Cassidy took the time and effort to help Sven be the best bunny he can be! 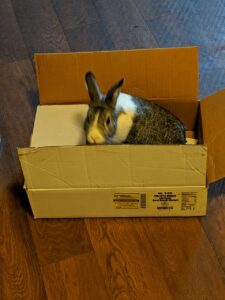