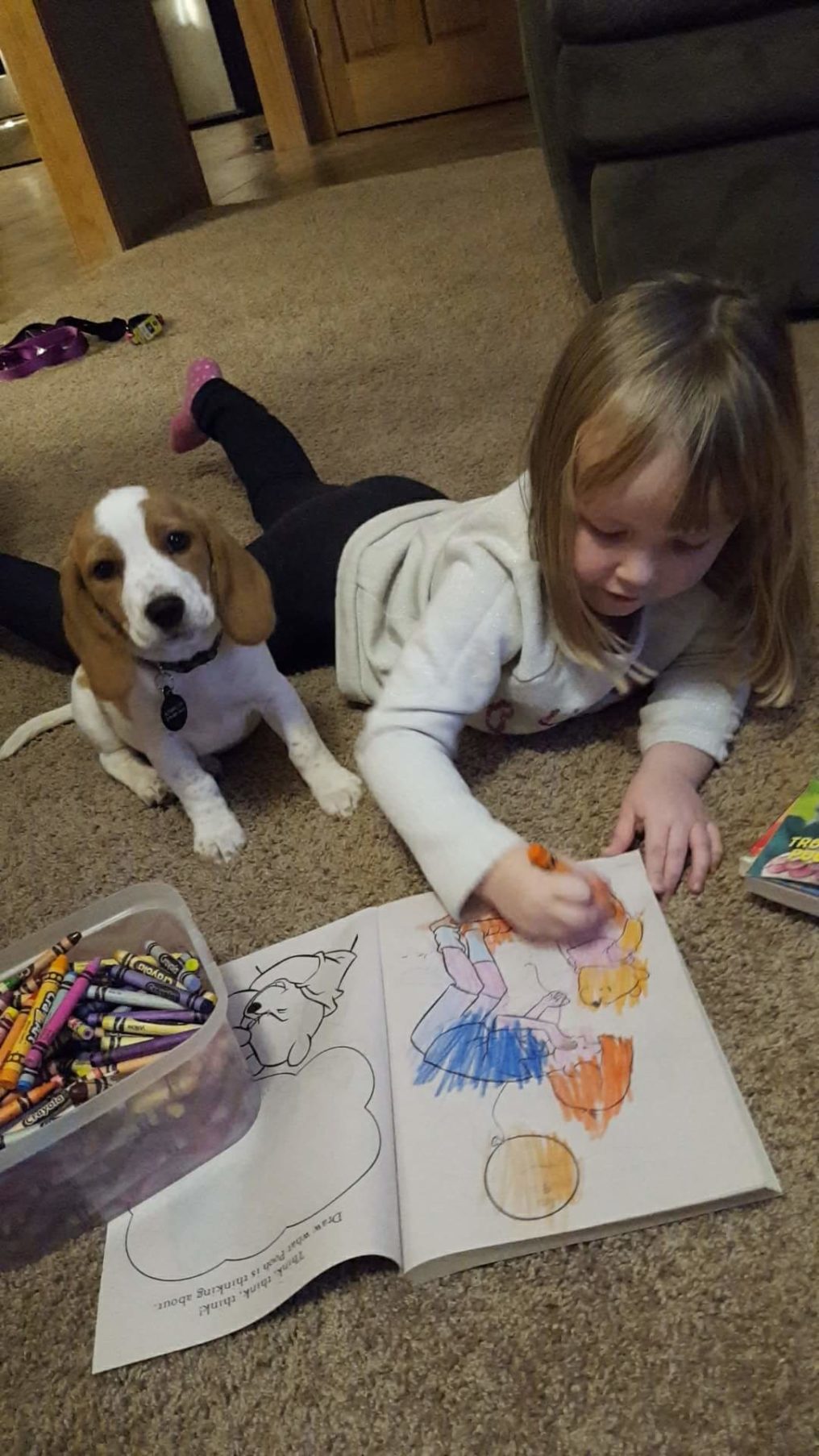 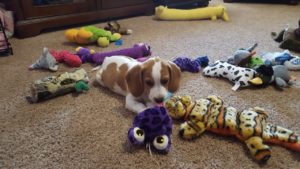 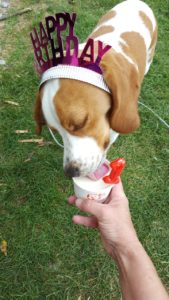 Karen had fallen in love with Beagles when she found a Beagle for a friend. She loves the howls and snuggles! That same friend saw Bailey (Lemondrop at the time) on the Last Hope website and told Karen about her. In October of 2017, the family fell in love with her and completed an application.

The adoption process went smoothly and the family promised to put up a fence around their backyard in the spring. They stayed true to their word and sent us a great video of Bailey zooming around the yard the day it was completed. 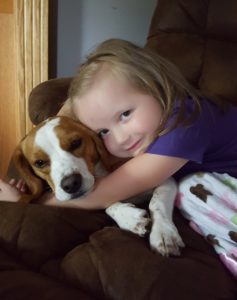 Karen and Mike’s granddaughter, Grace, lives with them and she and Bailey are inseparable. They enjoy going for walks, playing in the yard, playing Barbies, and coloring.

Like a true Beagle, Bailey follows her nose right into trouble! But it’s a good “trouble” and the family loves every minute of it. She loves to howl and get muddy and chew up anything that hits the floor. Bailey loves camping, eating, opening gifts, ice cream, and playing in the water (although she hates baths). She wakes them up with wet kisses and spoons with them at night. 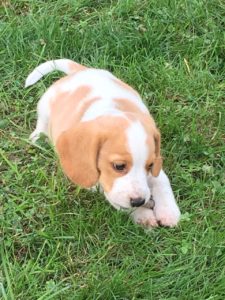 According to Karen, “She howls at her own reflection, she howls at new decorations, she’ll howl at the ceiling fan or a new dish towel, and she’ll howl if she thinks my daughter’s cat Rebel is going to eat her food.  However, through all those howls…we couldn’t love her more.”

For her sixth birthday, Grace decided she wanted to do a fundraiser for Last Hope. They posted it on Facebook and raised $220! Way to go, Grace!

Bailey has hit the jackpot with this family and we are thankful they opened their hearts and home to her. Howl on, Bailey, howl on!