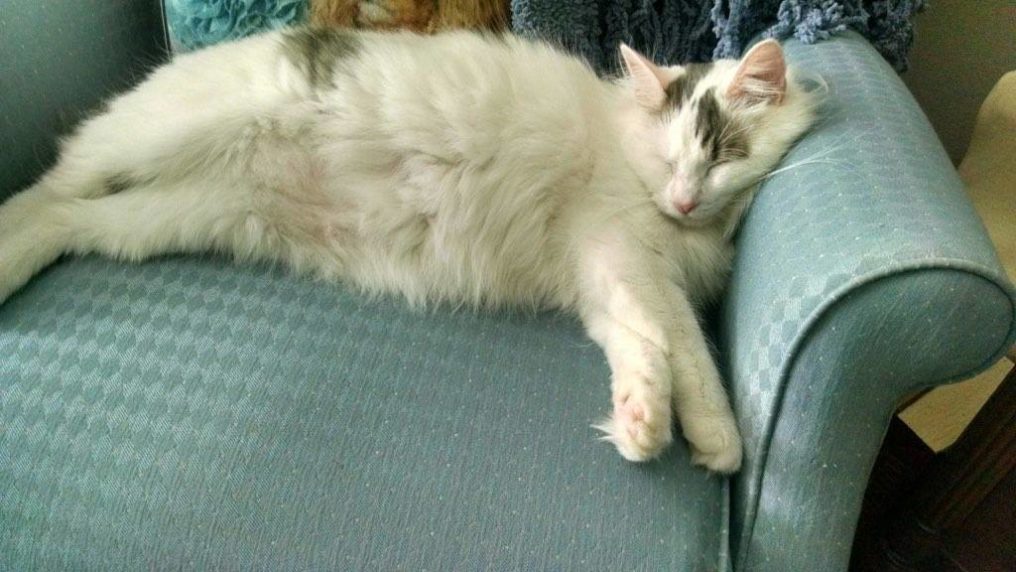 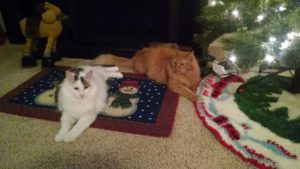 Connie had adopted a cat, Sebastian, from the Iowa City shelter in January but felt he needed more than just her to interact with. She found Armani on our site and fell in love.

As we always recommend, she kept the two cats separate in the home for several days, exchanging blankets and toys between the two. Finally, she placed a baby gate between the two rooms. Armani was relaxed about the meeting but Sebastian gave a hiss and low growl at first. After 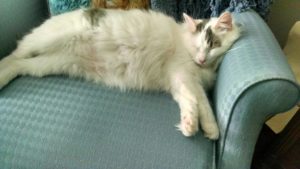 a day of being separated by the gate, Connie removed it and Armani was a little tentative at first but carefully explored the house. The two cats smelled each other and have been best friends ever since! After a couple days, Connie found Sebastian grooming Armani on top of the dresser. 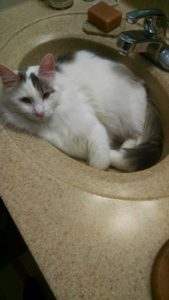 and now lets Connie’s grandkids pet and pick him up. Armani loves to play and chase balls around the house. Both cats love to sit on the windowsills and watch the world go by. Getting some fresh air by the patio door is also a favorite activity. 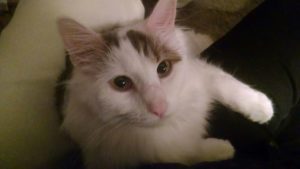 Connie took the time to introduce Sebastian and Armani and her efforts paid off with a smooth transition that was stress-free for everyone. She loves both cats she adopted this year and couldn’t imagine life without them.