Barb and Kitty on a Promo for Fostering

Barb started rescuing with LHAR in early 2017.  She was with another rescue for six years and transported hundreds of kittens down to Iowa Humane Alliance from the Waterloo area where she lives, which is how she met Lori Arbuckle (an LHAR board member).

In early 2016 Barb coordinated the removal/rescue of 47 cats from a hoarding situation in rural Grundy County and called Lori to see if she knew of any rescues who might be able to take in some of the cats from this huge rescue.  She gave her Crystal’s (another board member and cat coordinator) contact information for LHAR and Crystal was instrumental in helping them apply for a PetSmart Charities Emergency Grant to help pay for all their medical needs, and LHAR also took in the first 15 cats we rescued and ended up taking an overall total of 19 of the 47! 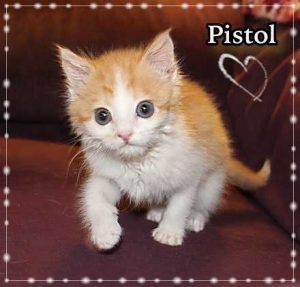 The rescue Barb was with wanted to downsize the number of cats they took in. Waterloo had a huge need for a no-kill rescue to help save the lives of feral kittens, along with many other cats/kittens, so in talking with her good friend and fellow cat rescuer, Terese Evans, they decided to ask Lori if LHAR would be interested in expanding their rescue efforts to include the Cedar Valley area…Waterloo, Cedar Falls and surrounding areas in Black Hawk County.  After meeting with the LHAR Board in January 2017, a few months later they started rescuing kitties locally!

Both Barb and Terese started out fostering some LHAR kitties who had just been rescued from a hoarding situation in Cedar Rapids and before long they were knee deep in rescuing kitties locally!

Barb loves taking pictures of her fosters and editing them and has taken pictures of almost all animals rescued in her area, as well as a few from Cedar Rapids. She loves to write creative biographies for the profiles of the fosters she is familiar with. She is also the Cat Lead for the Cedar Valley fosters.

She helped obtain a cage unit in the Waterloo Petsmart Adoption Center so we can showcase our adoptable kitties. She cleans the cage unit once a week and coordinates all the other volunteers who help clean the cages. 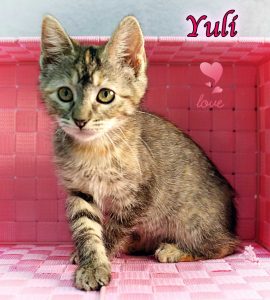 She coordinates all of the adoption events at PetSmart and her husband transports all of the needed equipment.

Barb writes press releases advertising LHAR adoption events and sends them to the Waterloo Courier as well as smaller newspapers in surrounding towns. She also sends in pictures and biographies of one or two of our adoptable animals once a month to KWWL;

Barb Loving on a Kitty

they are featured on a rotation with 3 other rescue/shelter groups on their Monday pet segment during the noon broadcast.

She also helps process applications and enters information into our animal tracking software.

“I love volunteering for Last Hope Animal Rescue because of their professional approach to saving animals, the group dynamics of such a large group of animal lovers who go above and beyond to help showcase the adoptable animals, and getting to know so many other people who have a love of cats like I do!” 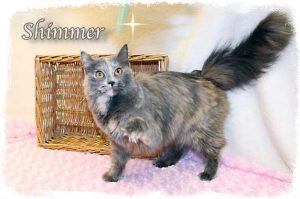 She and her husband have two rescue dogs: Whiskey is a ‘Color- Headed White’ purebred Sheltie who is now 10 years old (he was rescued from a puppy mill auction), and three-year-old Yogi Bear is a Terrier mix who taught Whiskey how to be a dog!  They also have a 16-year-old Maine Coon named Smokey, a 14-year old Blue Point Birman named Jumanji, and a 10-year old Maine Coon mix named Bakari.  Barb has lost count of the number of kitties she has rescued since 2009, but is sure she has fostered close to 300 cats/kittens and 3 dogs – and they have a special place in her heart!

Thank you, Barb, for helping Last Hope expand to the north and for all you do for the animals! You truly are an asset to Last Hope.