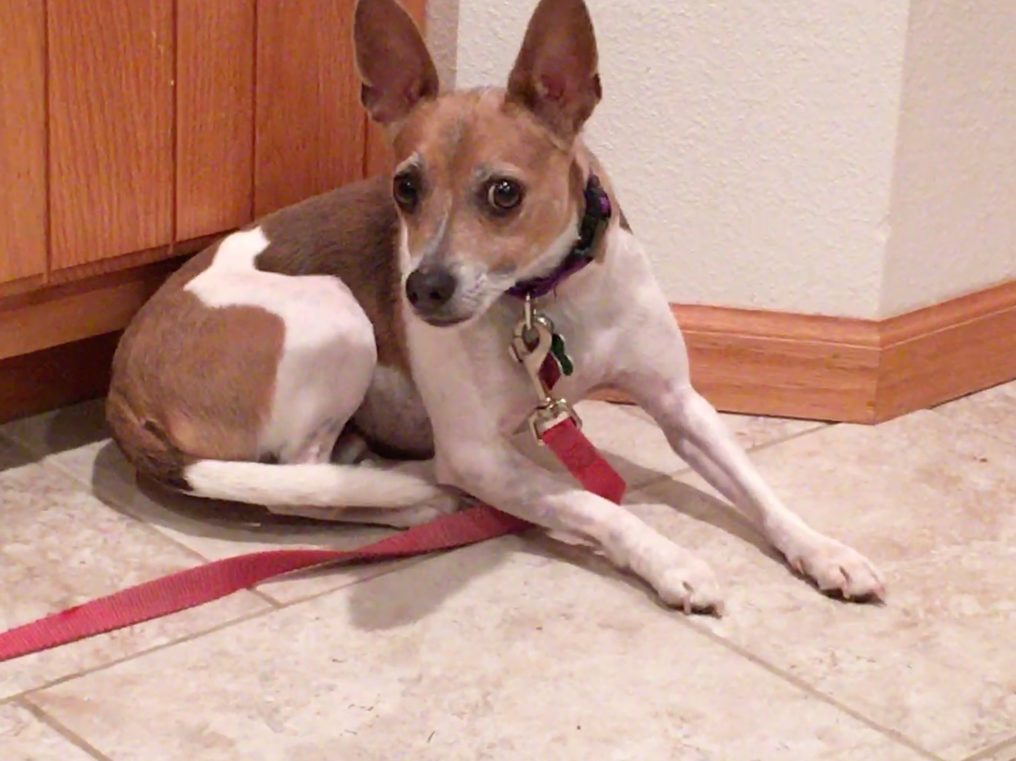 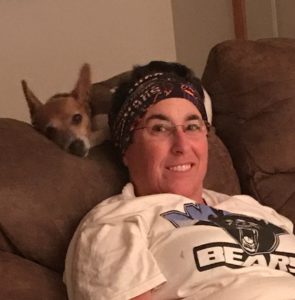 Nancy and Sherrie had a dog named Otis and they lost him in March. Missing him, one day Nancy was looking online and found Zip at Last Hope. It seemed like fate because Zip had the same kind of coloring as Otis so Nancy filled out an application. There were other coincidences that convinced Nancy that Zip was the dog for their family: Otis was seven-years-old and Zip is also seven,  Zip was the seventh dog out of 45 on the list, and Otis used to be her nephew’s dog and his birthday was May 7th. It was lucky seven all over the place! 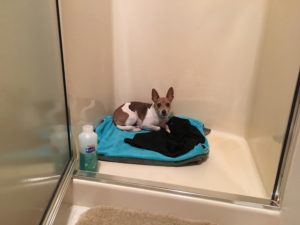 When Zip first came to live with them he was a little cautious and shy and he actually ended up sleeping in the shower the first night.  They set up a little bed in there and let him hang out in the shower until he got more comfortable. The second day, Nancy spent a lot of time with him, just to get him used to her, she didn’t push him but the time spent with him and their existing dog and cats meant he warmed up to them by the end of the day. 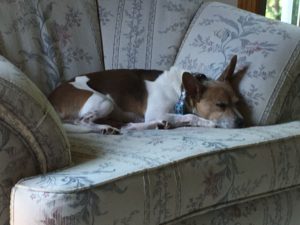 It didn’t take Zip long to adjust but he does get anxious when they leave so they trained him to be in the kennel when they leave and he seems to have adjusted to that well.

They love his energy and complete devotion to them. He listens very well and comes when he’s called, which they love! Zip loves to go on walks at Rockford Prairie Park where he can be off-leash and run freely. 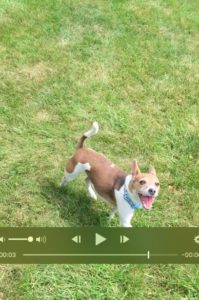 Nancy says, “I have often said that people don’t choose pets, pets choose you.  I believe that Otis and my nephew knew how to mend the hole in my heart and brought Zip into my life.  He came just at the right time – not too soon after Otis’ death and not too late.  I know I will have a broken heart again when Zip leaves, but it is always worth it.”

Thank you, Nancy and Sherrie, for opening your hearts and home to Zip! 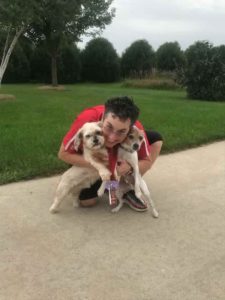