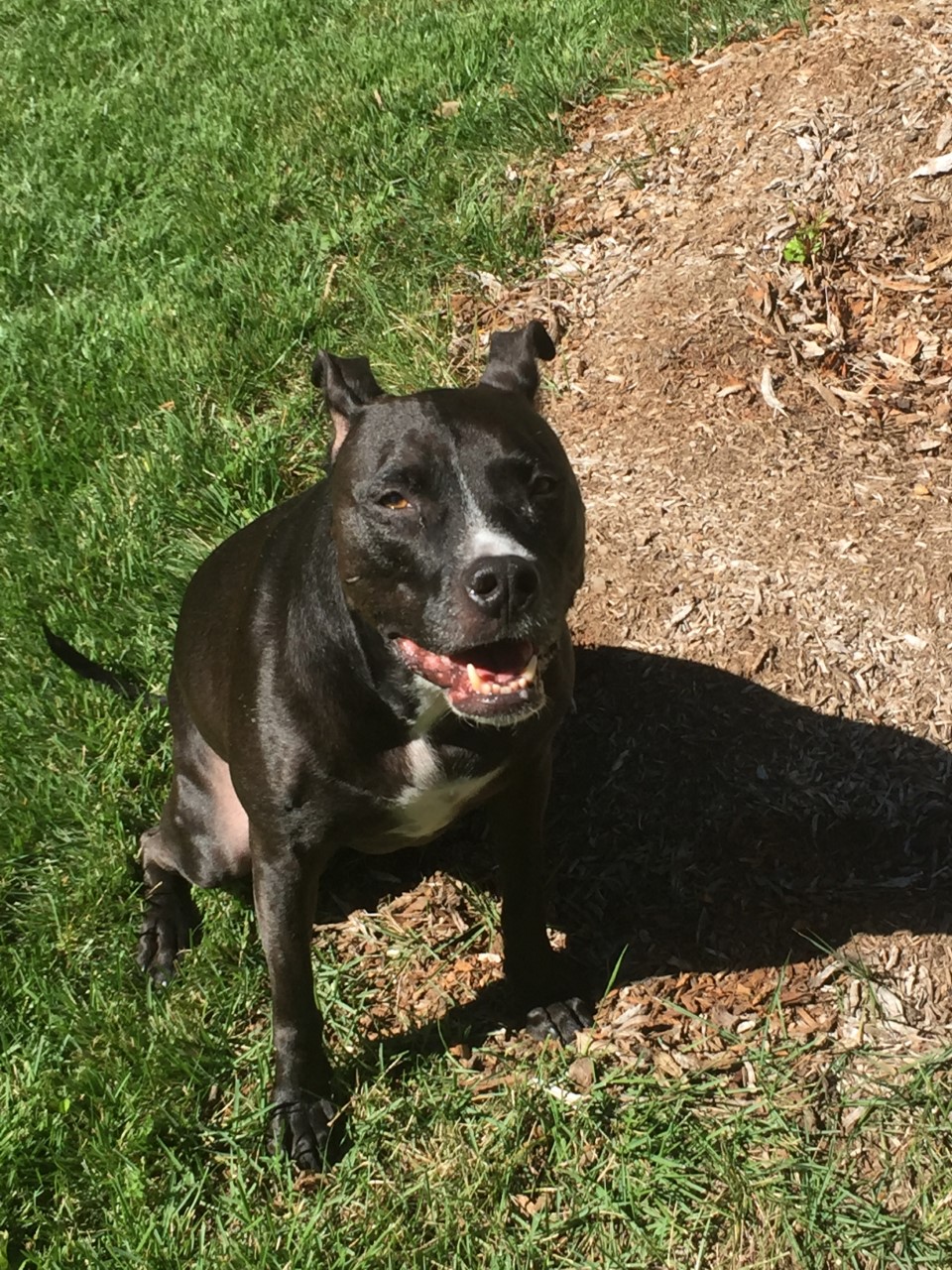 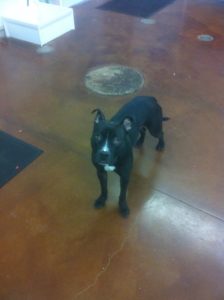 Alfalfa took a round-about route into Dale’s life. He saw her on Petfinder at a local shelter and inquired about her but was told she was just adopted. Dale looked at other dogs but didn’t find one that he felt was meant for him. Then, about six months later, he was looking at Petfinder again and there was Alfalfa! She had been picked up as a stray and taken to the shelter and they transferred her to Last Hope. At that point, Dale told us he wanted her and went through the adoption process.

Ready to hit the bike trail

Dale says she came with a little baggage, having been let down by people two or three times. But the adjustment period was relatively smooth and short and she and Dale have bonded. He says she is very sweet, very smart, loves people, and is a great companion.

They enjoy walking on the bike trail almost daily and that helps keep her energy level manageable. Oh, and she loves ice cream!

Alfalfa in her backyard

Dale thinks she has done a good job of representing the Pitbull breed and maybe changing some people’s minds because when they’re out and about people comment on how pretty and sweet she is.

So Alfalfa took a strange route into Dale’s life but it’s clear it’s where she is meant to be. We’re thankful Dale had some perseverance and patience and that Alfalfa ended up in the right place at the right time!