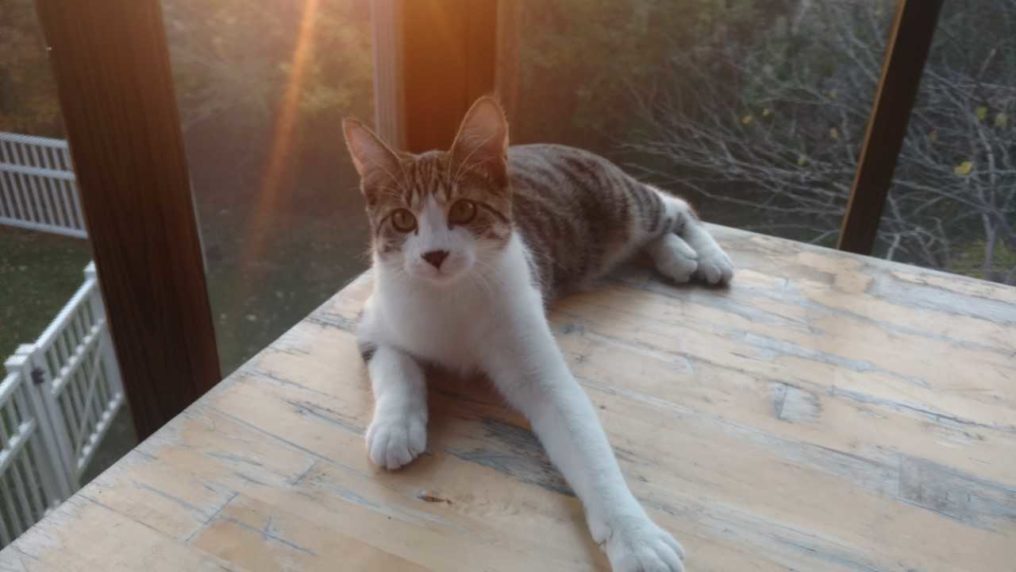 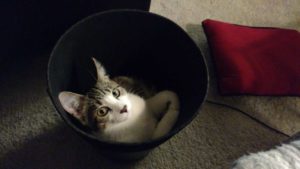 Carmen and Tyson had lost their beloved cat, Siam. After months of grieving, they went to PetSmart to see the cats available for adoption from Last Hope just to see if they felt ready to open their hearts to a new furbaby. They were impressed by the setup and the interactions with the cats so they went home and filled out an application on our website. 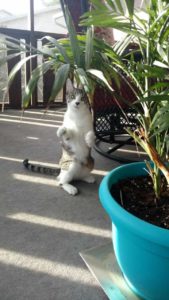 They had a tough decision but settled on Emil because he was a little more docile and would mesh well with their older cat at home, Sobe. The adjustment period lasted about a week during which they kept Emil and Sobe separated but able to see and smell each other. They took it slow, which is the right approach when introducing a new pet to an existing one in the home. Carmen said the slow start paid off because there has never been any aggression between the two cats.

They like Emil’s sweet personality and joyful curiosity with everyone, even strangers. He never holds back his affection. Emil loves afternoon cat naps on his cat tree and has the cutest little “cat snore” while he naps. They have a screened in porch which is perfect for bird and squirrel watching. They report he’s a fantastic mouser as he proudly carries around his toy “prey” after skillfully hunting them down! When given catnip Emil rolls around on his back which encourages Sobe to jump in and it’s the beginning of a good wrestling match between the two. And Emil is no dummy; he likes to follow Carmen into the laundry room in hopes of getting to lay in warm clothes fresh out of the dryer! 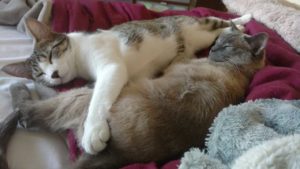 It sounds like Emil hit the jackpot with Carmen, Tyson, and Sobe and we’re so happy for him! Thank you for loving him and giving him his happily ever after.