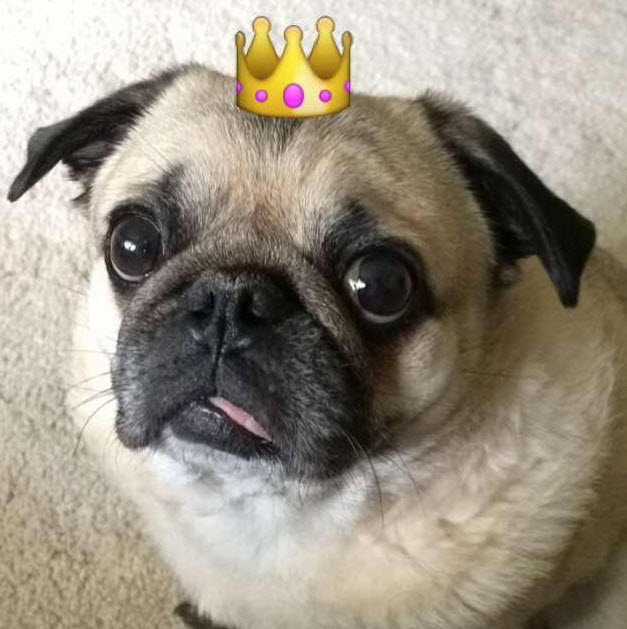 Jen and her family adopted Vito and here is their story in her own words: 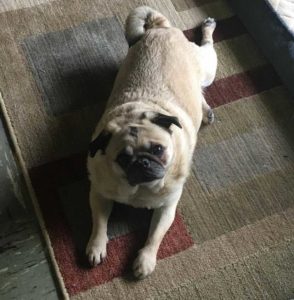 After spending a few years away from being a foster for a local rescue, my youngest daughter wanted to get involved again. She had a flier for Pups in the Park through Last Hope so we signed up to volunteer…..only to volunteer. Then one thing led to another and I’m working intake and a little dog convinced me I needed to foster her so I was back in and haven’t stopped yet.

I was proud of being one of the few that never foster failed (adopted my foster). We’ve fostered quite a few and every single one pulled on my heart strings but they all found their perfect forever homes so it made it easy. Then I got a call about a 6-year-old pug…..I have a thing for pugs so I should’ve known then that I didn’t stand a chance! There was a death in his previous family and he needed a new home. I walked through the doors of Last Hope’s adoption center and there 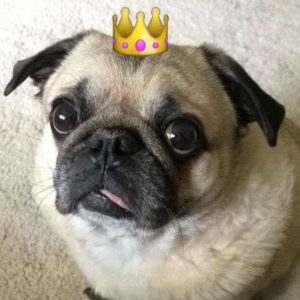 was Vito. There aren’t words for the instant connection I felt with this little guy! He looked at me like I was his whole world. He still looks at me like that today.

We knew right away he was a part of our family so I filled out the adoption application. Even though I’m a foster home, it was the best feeling when I finally got the contract and they said I could keep him forever! It’s been a long road with him. We found out after adoption that he had cancer and luckily the vet was able to remove all of it with strong indications it will NOT be back. He also has 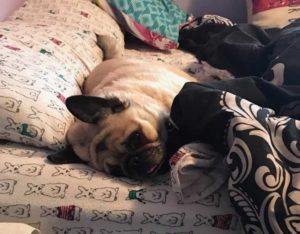 osteoarthritis in one of his back legs and severe collapsing trachea. We have found different alternative therapies to keep him healthy and I can say that today he is healthier than ever!

Vito kept his name because it fit him. He’s like a sassy little Italian that thinks the world should revolve around him. He has his quirks though. Like his foot fetish. Strange, I know but as soon as you sit down he walks over and sits on your foot so you can rub his chest with it. He likes to bark at his human sister, Emma, early in the morning after I leave for work to make her get out of bed and lift him up. The funny part is that as soon as she 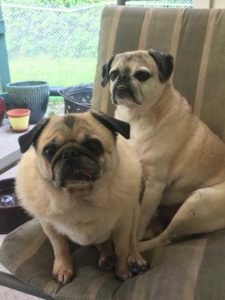 gets out of bed, he runs up the steps and steals her pillows! The two of them always seem to argue with each other! He loves to crawl in bed with his other human sister, Leah, and walk all the way up her body, give her kisses then try to steal her pillow. They don’t argue as much, thank goodness.

Sampson is Vito’s fur brother. While they don’t really play together, they do like to hang out next to each other and have grown attached to each other. He also has a fur niece Freya, a 70-pound lab mix that is his favorite playmate. Goofy boy always tries to bite her armpits……I told you he was quirky! Vito instigates all the play sessions, usually 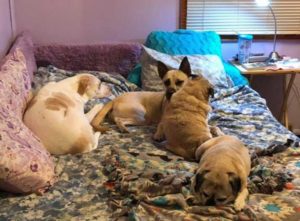 right before bed. Vito sits on the bed barking at Freya and Jessie, one of our foster girls, until they play with him. Then they just get wild! Sometimes it’s incredibly hard to get them to stop.

I appreciate all that Last Hope does to rescue animals every day. I’m lucky to be part of this group and help these sweet animals find their forever homes. Adopt don’t shop. You might end up with a Vito of your own.

Thank you, Jen and family, for giving Vito such a great forever home!