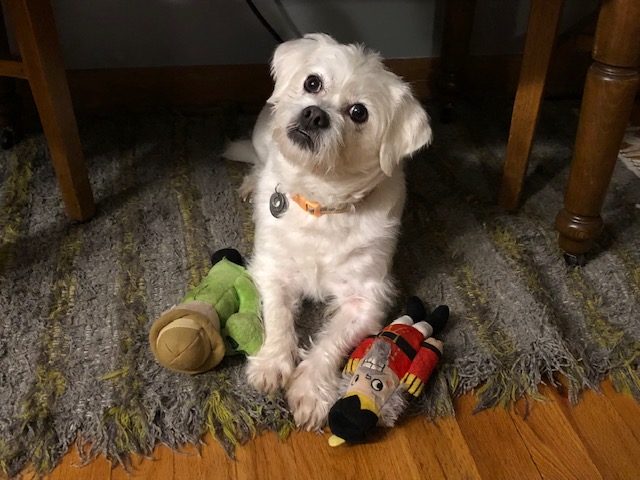 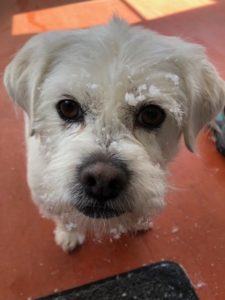 About three years ago, Janet had lost a dog about nine months prior and was ready to add a new furry member to her family. She talked to several people who had adopted from Last Hope and decided to take a look at the adoptable dogs on our website.

She found Gilly after a while and completed an adoption application. Janet was contacted by Gilly’s foster mom after her application was approved and they arranged a meet and greet at Janet’s house shortly thereafter.

Janet says Gilly was very shy and wary of humans at that meeting. She wanted to spend a little more time with him so a weekend stay at Janet’s house was arranged. He barely ate during that weekend but they went on long walks and Janet was able to convince him to sleep in her bed with her. He won her heart! 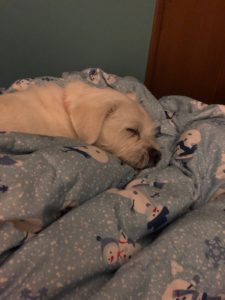 A few weeks later he came to live permanently at Janet’s house. She says it took a while to win his heart and trust but now he is a true mama’s boy!

She decided the name Murphy really fit him so he went from Gilly to Murphy. They attended obedience and agility classes together. They hike and take long walks, he loves to go anywhere in the car, and there is not a squeaky toy that he doesn’t love.

Janet says she can’t imagine her life without Murphy in it. He still remains wary of men and strangers but loves other dogs. She says, “There is not a mean bone in his body. I am a lucky gal!” 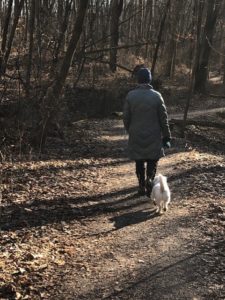 Murphy was a rescue from Texas and who knows what happened in his past to make him scared of some people. But Janet has invested the time and love to win over this guy’s heart and it was worth it. Some adopted dogs are able to fit into new home situations more easily than others. The key is to have patience and give the dog time to adjust to the new surroundings. Sometimes they’ve gone through a lot of change and just need time to settle into a new routine and a new life.

Thank you, Janet, for giving Murphy the time he needed to adjust to his new life! We’re so happy things have worked out so well and are grateful for the wonderful home you’ve given him.