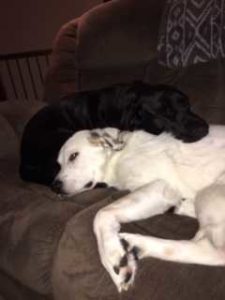 Rikka, Buck, and Parker adopted both Conrad (Great Pyrenees/Anatolian Shepard) and Harold (black Lab) from Last Hope after seeing their biographies online. They seemed like a good match for their family so they had a home visit with the dogs, which went well with their existing dog, and Conrad and Harold became a part of their family within a couple of weeks. 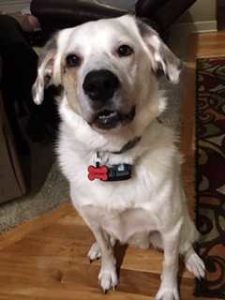 Conrad was a great puppy – no accidents and no chewing. They say he has a cat’s personality; aloof at times, wanting a hug at other times. He’s been great with their son who was born six weeks after they adopted him.

Harold was a little more challenging. At first, he was food-aggressive and standoffish to their affection. He didn’t seem to know what they wanted of him and he never wagged his tail. But with some love and patience, Harold is now cuddly and a typical Lab, wagging his tail and sleeping in bed with them. 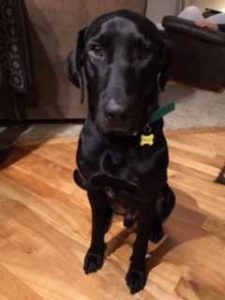 They love everything about Harold and Conrad. Conrad is sweet and gives great hugs and Harold loves them unconditionally and wants them to love him in return. When they leave the room and then return, he wags his tail like it’s been weeks since he’s seen them.

Conrad loves to be outside and is definitely a guardian dog. In the winter he plows through the snow and makes snow angels. In the warmer weather, he sits on a small hill and guards the yard. Harold likes to sleep on the couch or crawl into their pre-schooler’s bed.

Adopting a pet can require some patience in the beginning while the pets get used to their new reality. Rikka, Buck, and Parker had the patience and love for Conrad and Harold and gave them the time to get comfortable in their new home. And for their efforts and patience, they now have two great dogs.

We would like to thank them for providing such a loving home for two of our dogs! 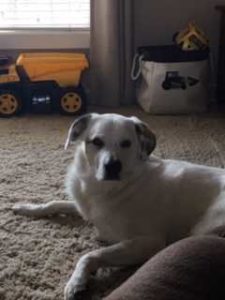