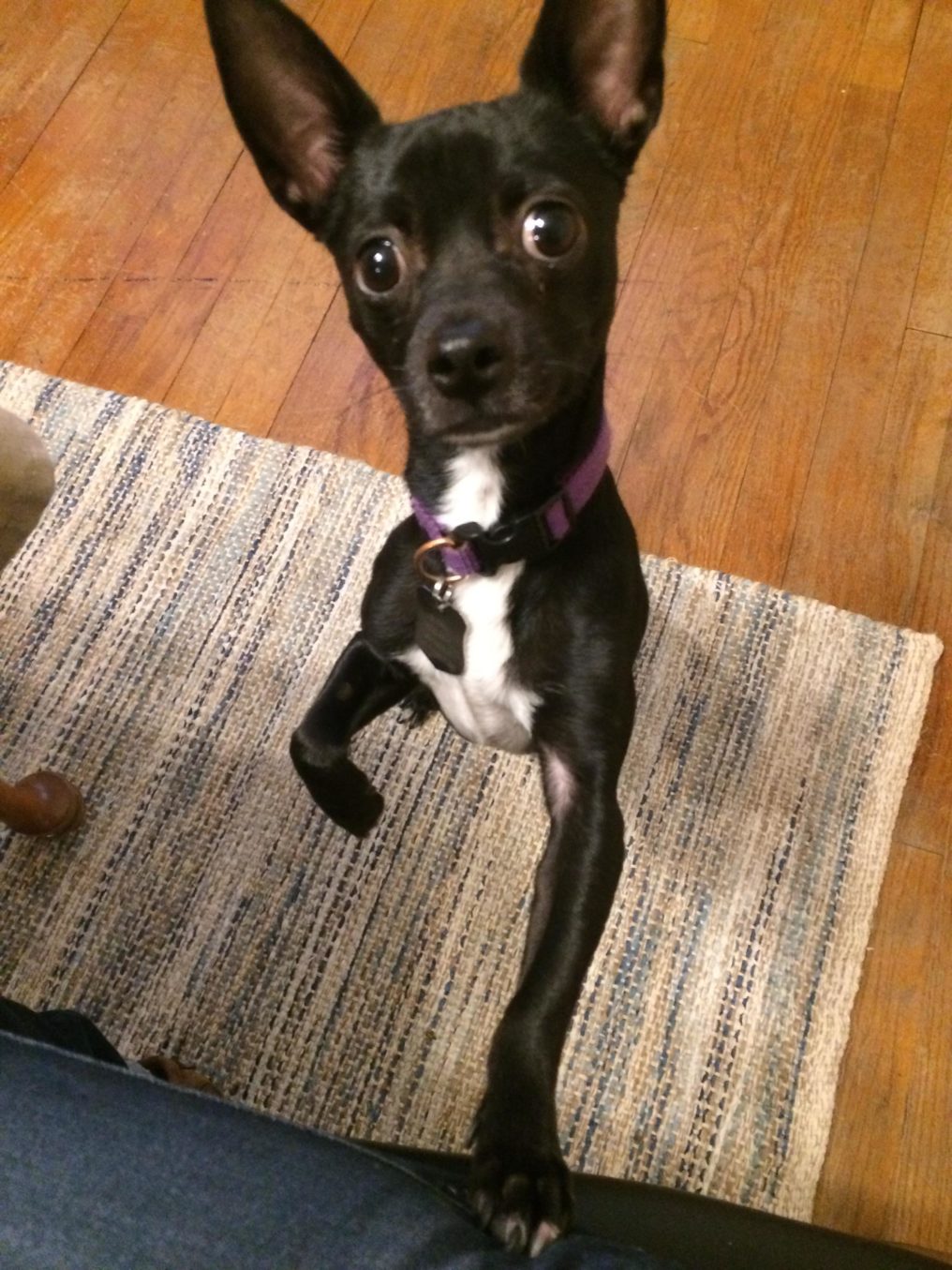 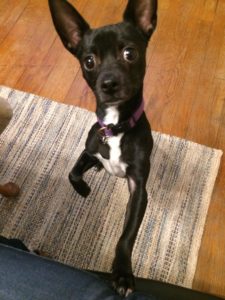 Mandy provided a foster home for Rip but he got along so well with her dog, Dash, that she felt it would be a good fit to make it permanent and adopt Rip. She said that it was like Rip chose them – he walked into the house as a scared and nervous dog but right away felt at ease in the home and jumped right into their routine as if he had been there his whole life. 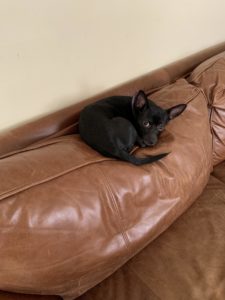 Because Rip can be quite energetic (or comatose, there’s no in between!), Mandy wanted a verb for his name. She’s a teacher so she had her students look up words that meant to run around. They came up with Rip which seemed to fit him because he liked ripping around the house and he also is black with what looks like a white rip on his chest. 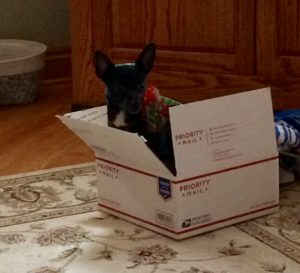 Rip acts like he has never been anywhere but in her house. Rip and Dash will cuddle and play all day and sometimes they have doggy play dates and Rip loves every dog he meets. He is confident and happy.

He will still get nervous around new people but if they ignore him he will be in their lap within five minutes. He’s still scared of the vacuum and fire alarm but that’s pretty common. 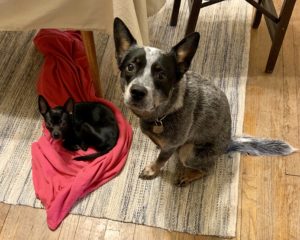 Rip likes to chase Dash, chew on bones, go to school to get attention from the students, hike, and snuggle. He is somewhat like a cat in that he likes to get into small places. He sat inside a bookshelf once and even got into Mandy’s parents’ entertainment center. And Amazon boxes are his favorite chairs! 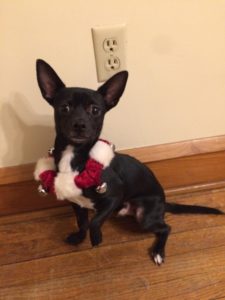 It sounds like Rip found the perfect home with Mandy and Dash. Thank you for giving him his forever home and helping him get over his fear!