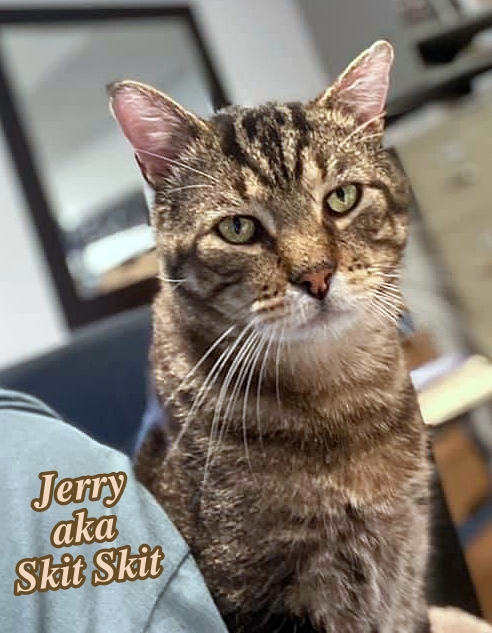 Jerry had been a neighborhood cat of one of our fosters until he started looking a little rough.  Last Hope agreed to take him in and he’s now officially an office kitty.   You would think that he would be shy, but Jerry craves and LOVES attention from his office mates.  He loves being held like a baby, he wants to be near humans at all times.  He demands their time and attention.  Jerry needs an experienced cat person to adopt him, someone who really understands cats, especially those that have been alone for some time.   He wants someone that will

be home the majority of the day.   He would love to curl up in your arms and take a long cat nap while you watch your favorite tv program.  It doesn’t really matter what you’re doing, Jerry is going to want to be there! Jerry would do best in a home without young children or other animals.  He’s got more than enough love to offer to anyone willing to take a chance on him!

Jerry’s adoption fee is $85 and includes neuter surgery, being up to date on vaccinations and preventives, and a microchip with free lifetime registration.

If you think you might want this love bug in your life, please complete an adoption application HERE.